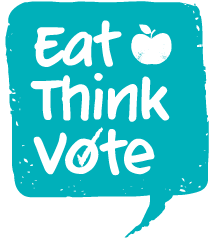 The Central Okanagan Food Policy Council asked the District of Lake Country election candidates some important questions on the topic of food security.

Unfortunately we did not heard back from any of the candidates.  There are number of candidates that elected due to acclamation, but the COFPC still thinks it’s important to bring these questions to all candidates.

There is still time left if you want to connect with the candidates.

Here are the questions we asked!

Question 1: Across BC, only 5% of the total land base is available for agriculture and much of the farmland is underutilized. As reported in Lake Country’s Draft Official Community Plan, the District is  committed to promoting and supporting diversity within the agricultural industry to ensure that all land within the Agricultural Land Reserve is used to its highest and best potential. In addition, only 40% of the population eat enough fresh fruits and vegetables. Greater availability of locally produced fruits and vegetables may increase their consumption and contribute to a healthier population. How would you utilize the role of Councillor/Mayor to support agriculture in the interest of food security and public health.

Question 2: 14% of people in the Okanagan are food insecure, meaning they do not have enough money to buy food.  The root cause of food insecurity is poverty and in the long term requires income-based policy responses from higher levels of government.  As a decision maker for the District, what would the City’s role be in address food insecurity and poverty?

Question 3: From supply inputs to consumer purchases, the local food system is a significant driver of the local economy. Some municipal governments support economic development through event sponsorship, buy local campaigns and also engage with community groups in the interest of economic development.  What do you see as the role of government to support agriculture production and food system sustainability as an economic driver in our community?

Question 4: Climate change and its impacts are becoming more apparent globally and locally through changing weather patterns, such as the 2017 floods.  The global food system and prevalent agriculture practices contribute to Greenhouse Gas Emissions. What role do you see local government officials having in addressing this challenge?

Question 5: Food Policy Councils support local government on developing and implementing food security related policy.  There are municipalities across BC and Canada that support food policy councils with funding and/or in kind support.  As an elected official, how would you integrate their work into your community?